Blu Scan: An app to show people how to recycle right

This project began with the question "How might we Optimize and enhance the individual's role in the recycling system through Design Thinking?" What followed was two months of intense research that led to the conceptualization, design and plan for commercialization of an app that would conveniently show people which items are recyclable based on where they live and the best practices for depositing the recyclables in the bin.

With our initial primary research we found some disturbing truths. As an effort to increase recycling in the United States, local Governments adopted the single-stream recycling system, in which different recycling materials are mixed during its initial collection. Although this resulted in an increase in the volume of recyclables deposited by individuals, it has also exponentially increased the contamination of recyclables. This affects the value of recyclables when they are sold to recycling companies, thereby making the system commercially unviable and unsustainable. This Washington Post article explains more.

How the System Works

We then conducted research with users of the recycling system that lived in New England. We went to people's homes to understand their recycling habits, understand how they had learned to recycle, and uncover things they struggled with. We also conducted a survey (Sample size: 110).

Survey Results
Some of the experts we spoke to during our research were Director of public works - town of Ellington, Education supervisor - Materials Innovation and Recycling Authority (MIRA), General manager - All Waste Inc., Owner - AR Recycling LLC, and Design Strategist - Unilever.​  Much of what we had learned during the primary research was validated by them.

We identified four main areas that people needed more support on in order to recycle right. We then translated this to four features that our app must have. 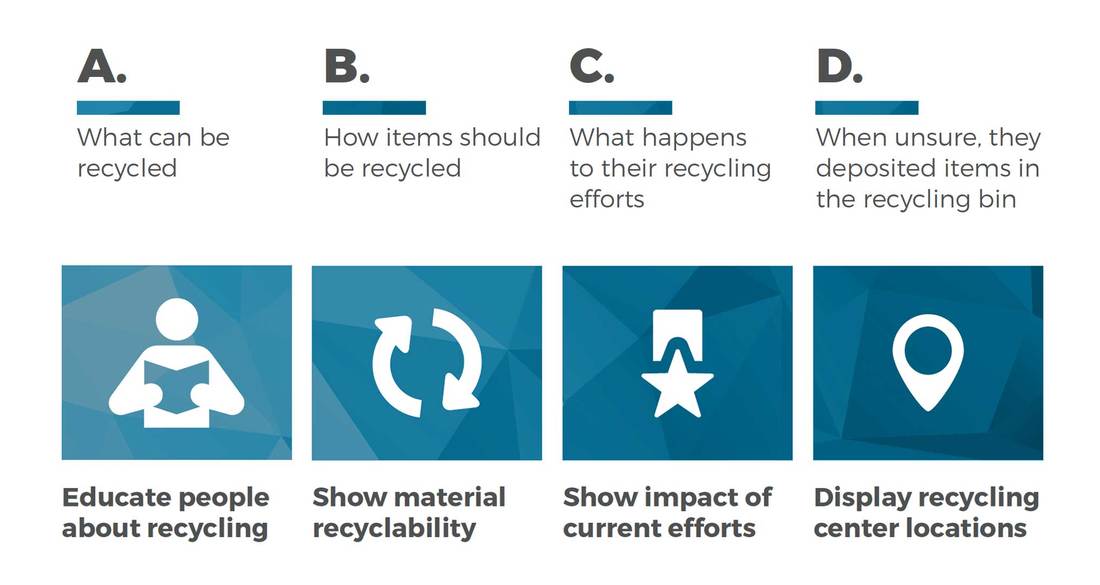 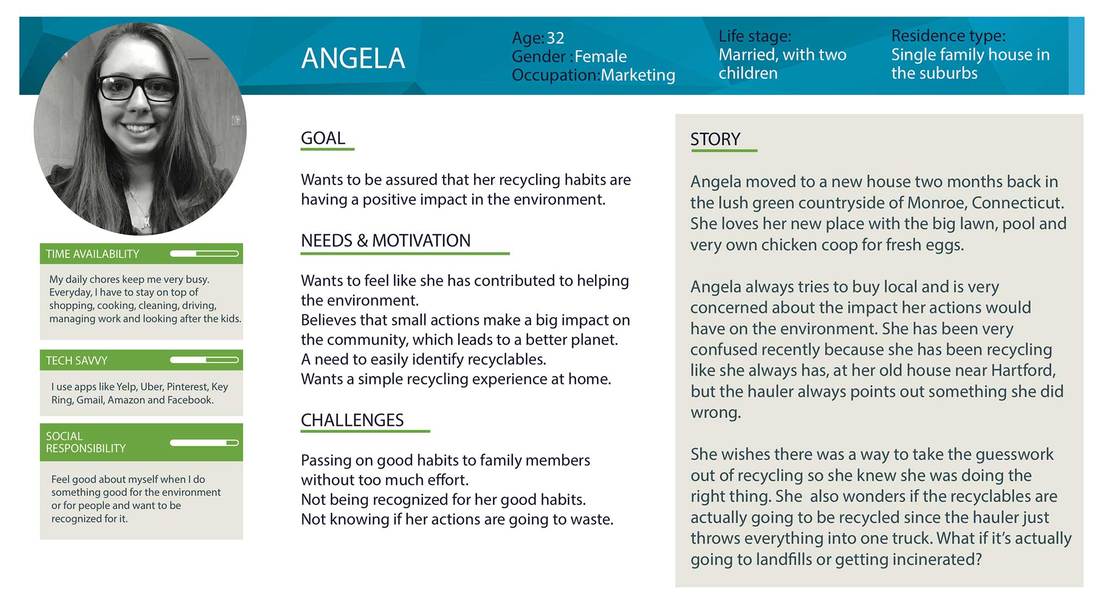 Persona to guide our design decisions

Generating and maintaining content for the app would be an immense challenge and would need persuasion and collaboration from different stakeholders of the system.

"Waste is inevitable but we must keep the system sustainable for those recycling our waste."